Tips for Installing a Glass Shower in a Small Bathroom

The shower enclosure typically hogs much of the floor area in a bathroom, while objects such as vanities and basins take up less room. Thus, you need to put a lot of thought into the shower design, particularly in a small area. Several tips follow below.

While frosted and patterned screens present beautiful surfaces, they block the view into the shower by forming a partition. This separates the enclosure from the open floor area, thus making the bathroom appear smaller overall. Therefore, to create the most spacious effect, you should install transparent screens that open up the viewpoint.

However, if you love the privacy created by decorative glass, you could install screens with limited frosting. For example, some glass shower screens exhibit a broad horizontal band of frosting along the centre of the panels, with the top and bottom showing clear glass. These hybrid screens that are part-clear and part-frosty offer a degree of both privacy and openness.

Clutter and visual detail tend to make a place feel cramped and crowded as if there's not enough space to contain everything, like an overflowing box full of junk. That's why you should aim for the opposite of this in a small bathroom by eliminating as much detail as possible with a frameless shower. These enclosures only use minimal metal braces and brackets to support the smooth glass screens. Conversely, fully framed screens with metal edging add crevices and nooks that increase visual detail. To heighten a spacious feel, extend the same tiles inside and outside the shower to minimise transitions between surfaces.

Custom frameless showers allow you to create varied shower shapes for you to make the most of your small bathroom. Round and hexagonal showers within a room corner free up additional floor space, as they cut off the shower's hard corner.

It's one thing to create the visual illusion of a larger bathroom, but you also need to consider practical aspects, such as the doors, when installing a shower in a compact space.  Outward swinging doors require free floor area to arc open. For a shared bathroom, consider whether the other person will have enough space to move around. Alternate door options include sliding and bi-fold doors that move to the side. Typically, these models don't allow as wide an entryway as a swinging door — though this depends on the specific structure.

Thus, you can open up a small bathroom by carefully installing the right shower. Choose transparent screens, or ones with minimal frosting if you'd like some privacy. Eliminate as much heavy framing as you can to reduce clutter and increase openness. Final possibilities include round and hexagonal shape so maximise floor space, and doors that compactly move sideways. 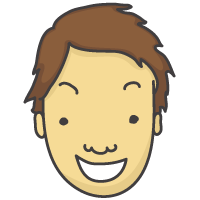 Hello, my name is Gaz. Welcome to my blog. This blog will cover a range of glass related topics. I have recently renovated my home and a key part of the job was installing new windows and a glass splashback in the bathroom. I had never completed these jobs before, so I wasn't really sure what I was doing. Thankfully, my brother-in-law John spent a long weekend with me and taught me how to measure, cut and install the glass. I was so pleased with the results, I decided to incorporate more glass into my home. I hope you like my blog.